Extra Gum just released a brand new in studio behind the scenes music video of Haley Reinhart’s rendition of Elvis Presley’s “Can’t Help Falling In Love”, which was used in a commercial for their recent highly successful ad campaign.

The song itself has sold over 46,000 units so far. It also has over 3.2 million streams on Spotify alone. (Read more with Haley on billboard.com)

The video features a glance of Haley in the studio with fellow American Idol alum and musical soulmate Casey Abrams, who played piano on the track. Along with scenes from the commercial, and Haley recording the track. Watch below:

Another perk from Haley’s Indiegogo campaign has been fulfilled!

Fans who donated to receive the $40 autographed picture perk have started receiving their pictures in the mail this past Saturday. Haliens who reside in the Chicago area got theirs first, which leads us to believe that Haley got some help from back home to mail them out! Now today, fans from the east and west coast have started to receive theirs as well. If you haven’t gotten yours yet, be sure to check your mailbox soon!

The pictures that were selected by Haley to sign were shots from her Show Me Your Moves music video shoot! So far we’ve seen two different pictures. Can’t wait to frame mine! 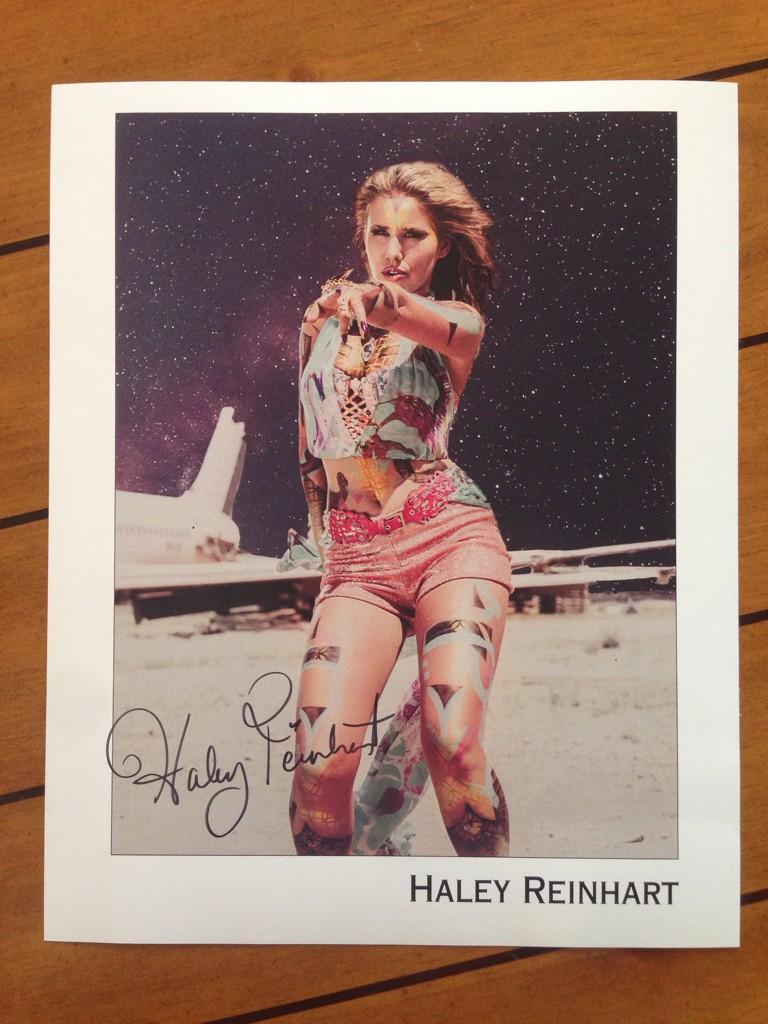