It’s been an exciting week for Haley fans! If you pre-order Haley’s new album “What’s That Sound?” which comes out September 22nd, you’ll receive a download of Haley’s brand new single “Baby It’s You” instantly! Preorder the new album here.

Along with the album pre-order and new single, the “Baby It’s You” music video is out now! Watch the sultry and sexy video below (don’t forget to subscribe to Haley’s Official Vevo YouTube Channel if you haven’t already):

With the new album details out, it is apparent that Haley is now signed with Concord Music Group! Read Haley’s artist page on Concord’s website here.

And if that’s not exciting enough for you, it was just announced that “What’s That Sound?” will be available on vinyl! There is a variety of brand new Haley merch, from signed LP’s and CD’s, handwritten lyrics, posters, and much more now available on Haley’s Pledge Music page. Some of the items are limited, so get them while you can!

After being postponed late last summer, Haley Reinhart was finally able to take on her first ever headlining European Tour. While it was short but sweet, Haley visited ten different cities starting in Poland late May, and ending in Ireland early June. Europe has waited a long time to see Haley on a solo endeavor, and it was definitely worth the wait. 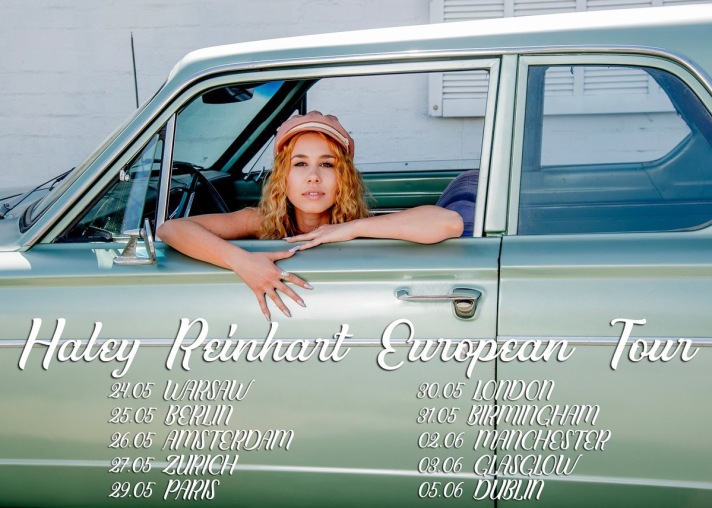 Backed by her full band, some of which returning from Haley’s U.S. Better Tour, their chemistry was undeniable, consisting of (from left to right as pictured below) Music Director & Keyboards: Jesse Elder, Drums: Ray Moore, Guitar: John Notto, Bass: Darwin Johnson.

Haley debuted new outfits, new covers, and some would even say a new energy on stage for the diverse European crowds. Enjoy the highlights from every show on tour below: 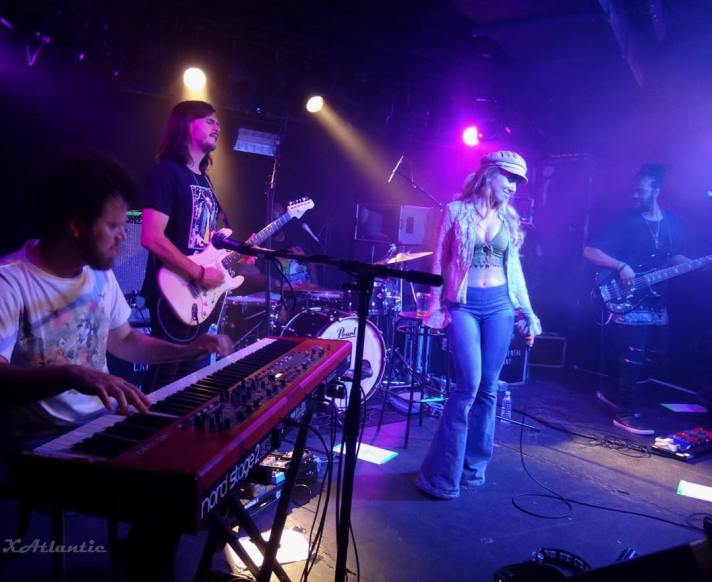 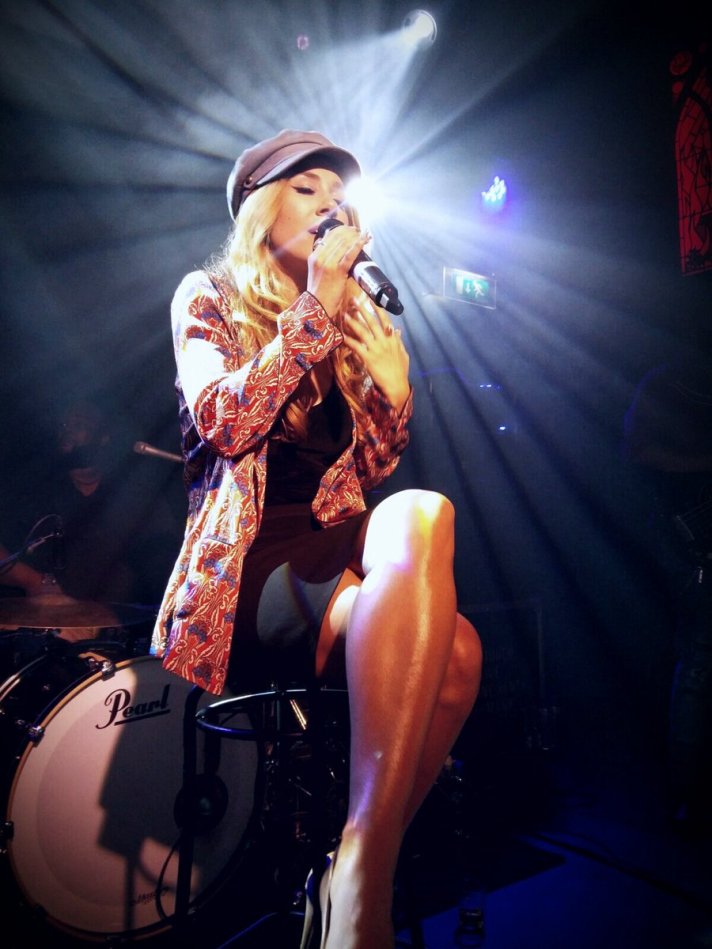 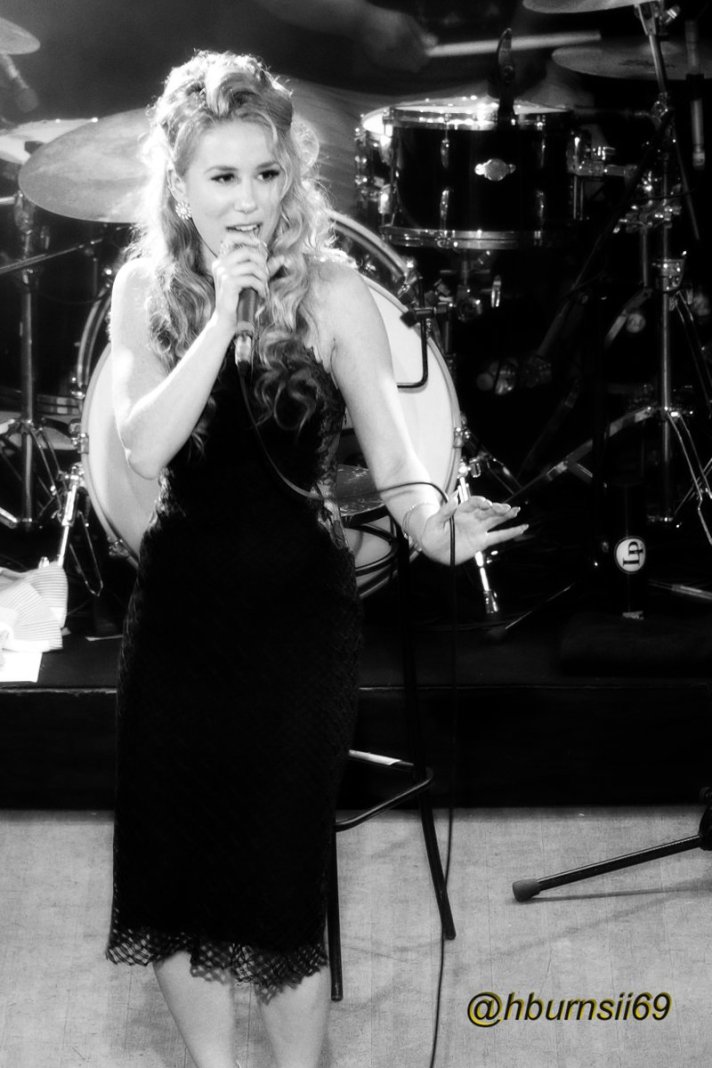 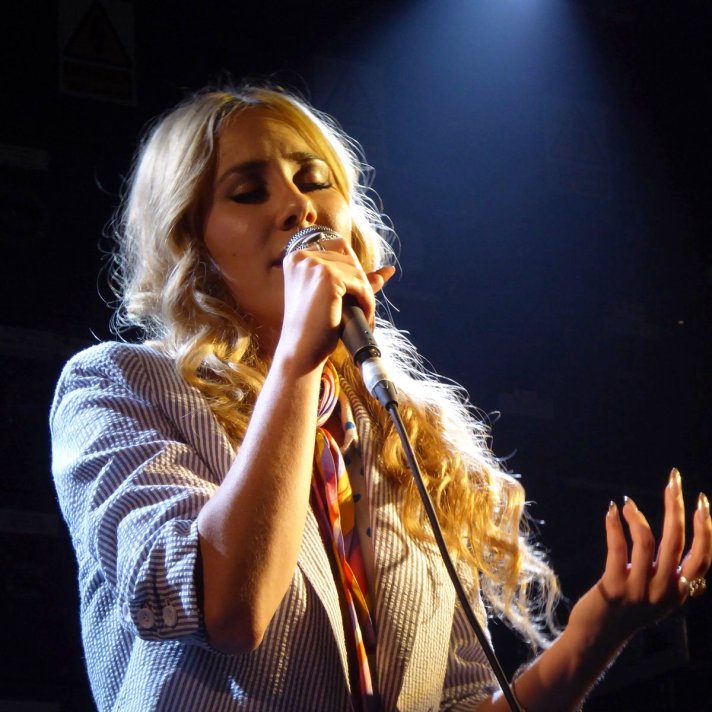 Haley’s new album is due to be out this summer. Stay tuned! 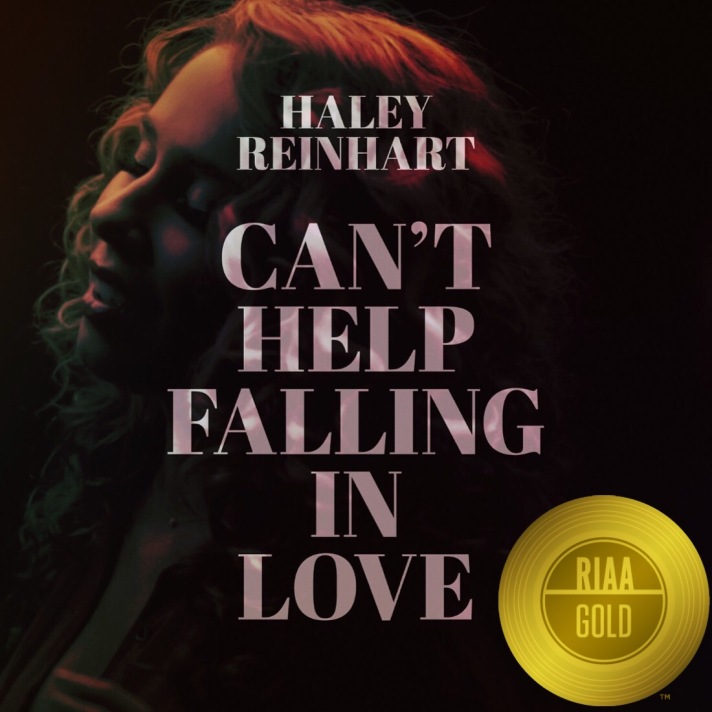 Haley Reinhart has received her first ever gold certification in the United States for her Elvis Presley “Can’t Help Falling In Love” cover, which was included on her last album Better.

“Can’t Help Falling In Love” first received lots of positive feedback after premiering in an Extra Gum ad campaign, which quickly went viral back in October of 2015.

The song went gold on Tuesday, February 21st, 2017 according to the RIAA website.

Haley Reinhart stopped by the Revolution Hall in Portland, Oregon on February 20th to open for The Band Perry at 105.1 The Buzz’s Concert for Kids. A portion of the proceeds went towards The Children’s Cancer Association.

Check out these awesome videos of Haley’s whole set from the show, courtesy of HaleysTusk:

Haley also did a short interview while in Portland, watch below:

Haley Reinhart began her radio tour last week in San Francisco, California. She stopped by a few different radio stations, including a performance at the WesternUnion.com VIP Lounge with station Star 101.3.

Haley performed a few songs, and then held an interview with the hosts of the event, Marcus and Sandy who also host Star 101.3’s morning show.

Watch Haley perform “Sitting On The Dock Of The Bay” and her single “Can’t Help Falling in Love”:

For the interview, Haley discusses her musical background, her fans “Haliens”, “F is For Family” and her upcoming new album, “Better”:

Haley Reinhart was amongst other top American Idol alumni who were invited to return to the show to mentor and perform with the Top 24 contestants.

It was obvious just how much Haley has grown as a singer and performer since she was a contestant on American Idol five years ago. Last night, she reminded America why we fell in love with her in the first place! Haley received praise from all three Idol judges, Harry Connick Jr., Keith Urban, and Jennifer Lopez (who was a judge during Haley’s time on Idol in Season 10). JLo even commented that they thought Haley was going to win that season!

Kory Wheeler actually auditioned for American Idol with Bennie and the Jets, so naturally that was their song choice for their duet. Watch Haley mentor Kory, and give a killer performance of the Elton John classic that made such a tremendous mark for Haley when she was a contestant:

For the second duet, Haley and Adam Lasher gave us a romantic duet version of Haley’s single “Can’t Help Falling in Love”:

Ryan Seacrest commented that he’s been playing the single (Can’t Help Falling in Love) on the radio (KIIS FM, L.A.’s #1 Hit Music Station). At the end of the night, unfortunately both Adam and Kory were eliminated from the competition.

After the airing of the episode, Haley’s single “Can’t Help Falling in Love” peaked on the iTunes Pop Charts at #19, and the overall iTunes Charts at #45. Haley’s debut album after Idol “Listen Up!” also got a boost and rose to #42 on the Pop Album Charts.

Haley Reinhart is set to hit the road and tour many different radio station events across the country early 2016!

The success of her single “Can’t Help Falling In Love” has brought upon many new opportunities for Haley. Not only are radio stations playing the song daily, but she is now being invited to perform for them as well!

New shows are popping up left and right, some with many details, and some with little details so far.

Be sure to check back on this post for new shows and updates!

“The best of ads of 2015 have made us all laugh, cry, think and feel inspired. YouTube has partnered with The Webby Awards to select 25 of the most iconic ads of 2015, based on this year’s YouTube Ads Leaderboard. Vote once daily in each category to keep your top picks in the starring role!”

There are five different voting categories. Extra Gum: The Story of Sarah and Juan (which features Haley Reinhart’s song, “Can’t Help Falling In Love”) is in #TheYouTubeAd That Gives You Feels category, going up against four other ads.

Click here to vote for the Extra Gum ad in support of Haley! You can vote daily. Voting ends in seven days.

Haley Reinhart made a guest appearance on tonight’s Fairly Normal Podcast with comedian Josh Wolf. Fans were asked to send in questions for Haley to answer later on in the podcast, they also took a few phone call questions as well!

When asked how this podcast with Haley came about, Josh responded with “I asked her to join me and she very graciously said yes!”. Josh and Haley discuss her experience on American Idol, Postmodern Jukebox, her new music, her role on Bill Burr’s Netflix show F Is For Family, and much more!

Watch the hilarious full podcast below:

Extra Gum just released a brand new in studio behind the scenes music video of Haley Reinhart’s rendition of Elvis Presley’s “Can’t Help Falling In Love”, which was used in a commercial for their recent highly successful ad campaign.

The song itself has sold over 46,000 units so far. It also has over 3.2 million streams on Spotify alone. (Read more with Haley on billboard.com)

The video features a glance of Haley in the studio with fellow American Idol alum and musical soulmate Casey Abrams, who played piano on the track. Along with scenes from the commercial, and Haley recording the track. Watch below: