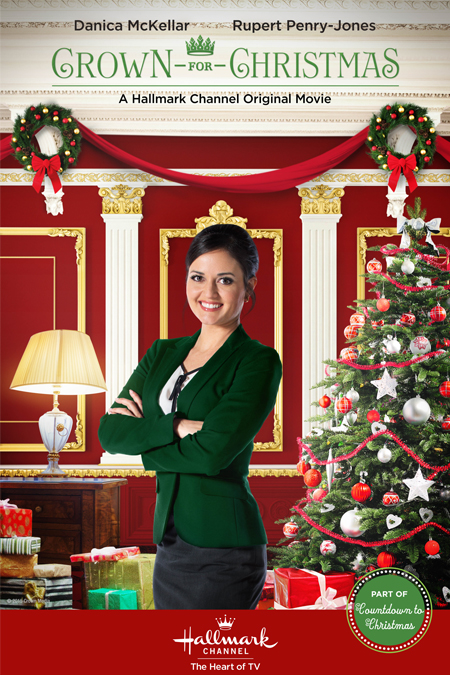 You can now hear Haley’s newly released song “Santa, I Just Want You” in the opening credits of the new Hallmark Channel Original Movie  “Crown for Christmas”, which premiered on November 27th, 2015.

“Crown For Christmas” contains three original songs, specifically written for the film by director, Alex Zamm and his song-writing partner, Alex Geringas. Geringas, in addition to being a composer, is also a Grammy and multi-platinum award winning songwriter and producer for Kelly Clarkson, amongst many others. Geringas also just recently was nominated for an Emmy for his main title song in the Dreamworks TV animated series, “All Hail King Julien.”

Collectively known as A2, Alex Geringas and Alex Zamm have collaborated for the past two years on songs for other films directed by Zamm, such as, “A Royal Christmas” for Hallmark Channel, “Jingle All The Way 2,” and “The Little Rascals Save The Day.”  Their first EP of Christmas songs from their films debuts this month and is entitled, Holiday-O-Rama – Christmas Collection – Volume 1. Santa, I Just Want You is an up-tempo, retro-style song in the opening titles of the film and is sung by Haley Reinhart.”  via Hallmark.com

Listen to the song below:

Click here to buy “Santa, I Just Want You” on iTunes!

“Audiences hungry for a little early holiday programming found — and stayed with — Hallmark Channel last week, as a big helping of original movies boosted the network to a No. 1 finish among cable networks in its target demo and to its largest-ever weekly audience. The five-night Thanksgiving Weekend Event on Hallmark Channel featured one original movie each night, with the top numbers coming for “A Christmas Detour” averaged a 0.67 rating in adults 18-49 and 4.778 million viewers overall. Among all scripted cable programs last week, it ranked behind only AMC’s “The Walking Dead” (13.98 million) and “Into the Badlands” (5.17 million).  Also faring well was “Crown for Christmas” on Friday (0.68 in 18-49, 4.29 million viewers overall). The largest audience for a Hallmark Channel original movie remains “Christmas Under Wraps,” which drew 5.8 million viewers around this time a year ago.” via Variety.com

Catch the next airing of “Crown for Christmas” on Monday, December 7th at 8pm EST on the Hallmark Channel.