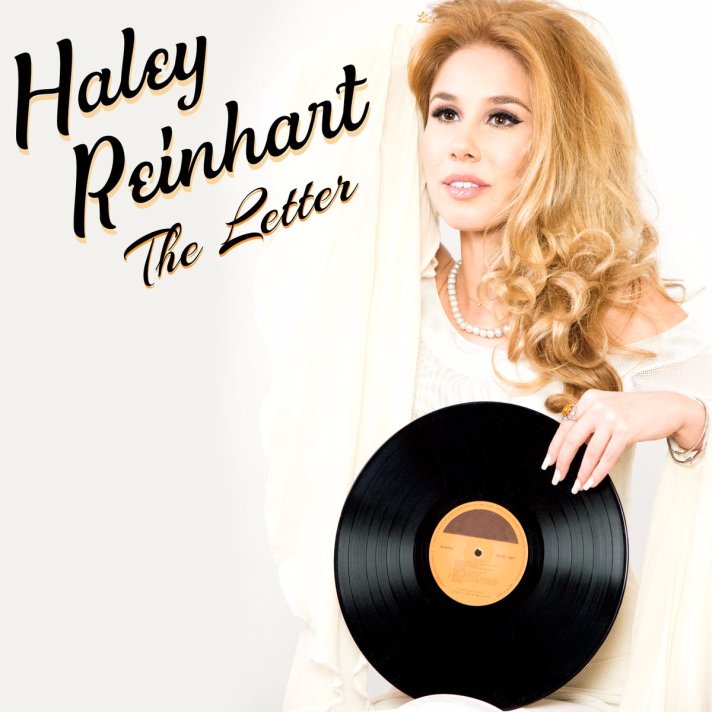 Haley Reinhart just released the next single from her much anticipated upcoming new album “What’s That Sound?”, which will be out on September 22nd.

The newest track is Haley’s spin on The Box Tops’ 1967 classic, “The Letter”, which you can listen to below in a behind the scenes like music video below:

Haley spoke a bit about the song in an interview for Variety.com:

“The Letter is such a cool, timeless tune,” says Reinhart. “One of my earliest memories is crowding around my grandma’s piano listening to my Aunt Janice and Uncle Tom sing and play it. My uncle can sound just like Alex Chilton and the Box Tops with his guttural, sandpaper-like tone, while my aunt would harmonize with her soulful pipes. I thought it would be really neat to bring it up a couple of keys and give a woman’s take on the tune. It’s such a unique, upbeat song with gritty vocals, horns and sweeping strings. It’s become a pop standard to many and I’m so happy I got to put my own spin on it.”